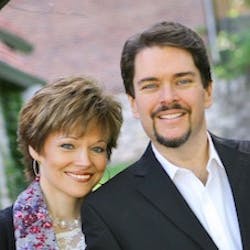 Grace to Receive by Phil

I was raised in what I call the "era of self-sufficiency." A successful person wasn't looking for a handout, they worked for what they needed and wanted. Although I still think this is a good trait, it can lead to difficulty in asking for help and even guilt when receiving assistance or gifts from others. I had to learn there is "grace in receiving." When others want to help, it doesn't mean they think we are weak, it means we are loved! Sometimes we just need to accept their kind gestures and say "Thank you." At the risk of sounding sacrilegious, I think King David could have learned this lesson.

During harvest time, three of the thirty chief warriors came down to David at the cave of Adullam, while a band of Philistines was encamped in the Valley of Rephaim. At that time David was in the stronghold, and the Philistine garrison was at Bethlehem. David longed for water and said, “Oh, that someone would get me a drink of water from the well near the gate of Bethlehem!” So the three mighty warriors broke through the Philistine lines, drew water from the well near the gate of Bethlehem and carried it back to David. But he refused to drink it; instead, he poured it out before the Lord. “Far be it from me, Lord, to do this!” he said. “Is it not the blood of men who went at the risk of their lives?” And David would not drink it. - 2 Samuel 23:13-17

David may have made his comment in passing, sort of "a cold drink sure would be nice about now." His men didn't just serve David, they loved him and risked their lives to show him that love. When David refused to drink and poured the water out before the Lord, he may have intended it to honor God, but I think at the same time he dishonored the men who made the sacrifice to get it for him. Put yourself in those men's mighty shoes. How would you have felt if you had gone out of your way to give the perfect gift only to watch it thrown away? David (and we stubborn, self-sufficient people) need to learn that it's OK to receive. Sometimes we bless others by allowing them to bless us.

This brings to mind a buddy and mentor of mine, also named David, who had a real heart for the Lord. I remember one time Dave told me about a financial need at his church. He prayed, "Lord, I wish I could write a check to cover the whole amount." God impressed upon him that if he did that, he would steal the blessing from all the people who were only able to give $10 or $20 toward the project. God doesn't need our help, He can speak the word and it is done! But out of His great grace and love He allows us to participate in His work to express our love and appreciation to Him. And it feels good to give! That's where the old saying, "It is better to give than receive" comes from. But for others to feel the joy of giving, we need to have the grace to receive... even if it's only a cold drink of water from a friend.

Just say, "thank you," and treasure the fact that you are loved.
​

May God bless you as you've blessed us,
Phil and Pam